How to Deprecate PHP Package Without Leaving Anyone Behind

You create PHP open-source packages because you personally use them in your projects. And you take care of them. In time you change a job or switch a programming language and you don't have time to take care of them properly. Number of issues and PRs grows and package is getting obsolete.

You can do 2 things in this situation: nothing like most people do or take responsibility, deprecate package and inform your users about better alternative.

Why Care About Deprecation as a Maintainer

I created over 10 packages for Nette in the past under Zenify namespace. I used them in my projects extensively and they were growing in downloads. Then I switched to Symfony and I worked mostly with Symfony projects.

If I tell you this in person, you'd know that future of Zenify is not based on daily usage of it's author and you'd consider switching to concurrent packages.

The thing is: 95 % of users of your package don't know about your personal development and life path. They use composer require vendor/package-name and that's it. Of course, few people follow issues and PRs around your package and they might notice 6-months gap in activity.

But in open-source these pauses are normal: you need to finish your work project, focus on boost of another package, you have some personal or family events (wedding, newborn child, break-up, moving to another country etc.), so you take a break.

6-months pause gap and 6-months end-of-development pause look the same. But they are way different.

This is the second case.

As No more Mr. Nice Guy would say:

Don't do Anything in Secret

B. If you DO inform people, they will: You have a meeting with a friend on Saturday on his birthday party. During the week you got close with a girl you like and you'd like to spend a weekend with her, because it's great opportunity to get to know her better. But what about your friend?

What would you choose if you were your friend?

Actually, B builds foundations of great and strong relationship, because people know they can trust you if anything difficult ever happens between you.

I thought when I deprecate package, application who use it as a dependency stops working. This could be caused by deleting a package, but not by deprecating it. Imagine dropping from level 50 to 20.

Deprecating a package is like having level 50 and staying there forever. It will never be worse, but it won't be better either. Deprecation won't break anything and won't improve anything.

It works the same for releases. When you release version 2.0 that requires PHP 7.1, it doesn't mean your package won't work on PHP 5.6. Version 1.0 still does.

"This package is deprecated" isn't satisfying, is it?

It's common psychological effect that people accept change with an explanation behind it more than without it.

Software develops all the time. New and better packages are born everyday. It so much helpful if you suggest a way to go. It doesn't have to share 100 % features of your package. A package that you'd use if your package won't exist is fine.

Since Symfony 3.3 you can use PSR4-based service discovery and registration. It does pretty much the same thing - registers autowired controllers (and more) - and it has native support in Symfony.

I recommend using it instead!

3. Inform People on All Possible Places They can Meet Your Package

How many places are there to get in contact with your package? Programmer A added package to his composer, programmer B read about it on Github, programmer C saw a blog post that your wrote about it.

To make sure there are no deprecation leaks, put a sign on all sources:

Now you hope that everybody is going to packagist to check if any of packages they're using are abandoned and seek their replacement... No it's not so painful.

Composer will tell you for every composer require/update that includes this package from now on:

The best way to make people know the package is deprecated on Github is not by a note in README. Nobody reads readme if he doesn't use the package first time. Note in a description is also small to spot.

Much more effective by changing an organization.

(And if you still need an access to the package, let me know. I'll add it for you.)

This is the most obvious way to let people know on Github.

If this process is too difficult for you, you can add a "deprecated" note to README title as well.

The League of Deprecated Packages 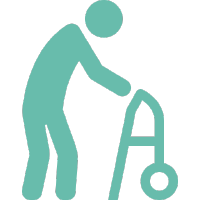 Thanks to Milan Šulc for making this beautiful logo that tells all the story.

I've come with this organization a year ago, when me and my friends needed to deprecate more package together. As some of you already figured out, it's a place to put all deprecated packages into.

One the most underestimated places is a blog post. I consider it the most important place for people who don't know the package yet, but might start using it. I'd feel bad if people would start using package after I deprecated them, instead of reaching out for the replacement right away.

I've created a simple warning system on my blog:

What's in it For You as Maintainer?

This all you do is for package users - what a great and altruistic person you are! But it has one great upside for you as well. When I've deprecated 5 of Symplify packages I was sad to lose a legacy, my baby, my work... But it's worth it!

In following weeks I found:

Thanks to that, I've added new features to EasyCodingStandard, released Object Calisthenics Coding Standard 3.0 and released ApiGen 5.0-RC2. The last one is secret in progress, so don't tell anybody.


Read Next
How to Write Interesting Jobs Offers for Programmers
Found a typo? Fix it and join team of 90 contributors